Over the past year, I have put a fair amount of thought improving staff relations with in a museum (such as here, here, and in this proposal). After a year’s worth of work followed by a few months of reflection, I can finally report back on my findings.

This issue has been something I focused on since returning to the museum world after two internships at Walt Disney World. Although many museum professionals scoff at the very mention of Disney, the fact is that no company does guest service better than the Mouse, and there is a lot to be learned from how that company treats its cast members (employees) and thus, how their staff interacts with their guests. 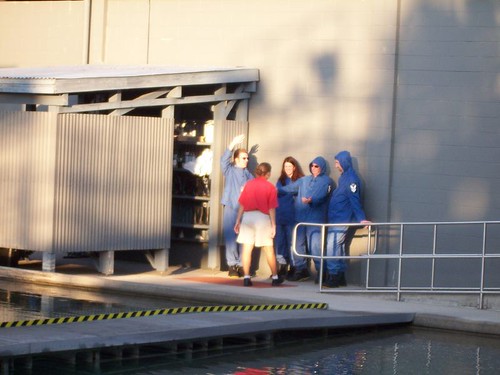 A college intern cast member actively engaging guests during a live performance at Disney Hollywood Studios. This intern made minimum wage yet was still motivated to give the best performance during each show largely thanks to being invested in the company’s culture.

While a part-time employee of one museum, I pushed for organizational culture training. Getting all levels of your organization’s staff heavily invested in the history, mission, and vision is a fantastic way to unite your entire team while also sharply focusing on why your museum is important. In Walt Disney World, this training is a full-day course called “Traditions.” As a college intern making six bucks an hour, I sat in a Traditions course with managers, directors, executives, and other hourly employees. It was made clear from the beginning that every person on the payroll was on the same team and had the same basic responsibility to uphold the organization’s mission or, in this case, the “Disney Magic.”

Some local museums are beginning to realize the value of this training, implementing programs that bring staff from a variety of departments together to familiarize each other with the museum’s history and vision for the future. It has resulted in a growing spirit of collaboration within the museum that was almost unfathomable in years past. Armed with my Disney experience and knowledge of similar successful programs in the city, I had high hopes for training in organizational culture for my museum.

After getting to know the organization myself, I put together a training program for staff of all levels to complete upon hire. It was also strongly suggested that the training be tested on existing staff in hopes of accomplishing three things: 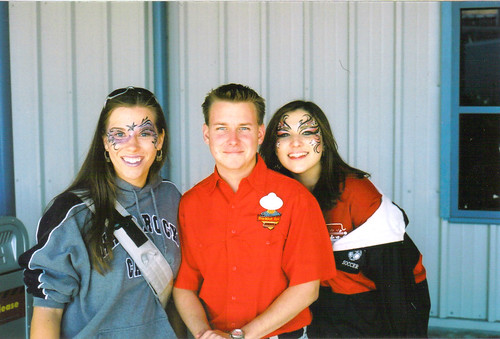 Recognition and encouragement from superiors tends to lead to increased productivity. At Disney, cast members are so frequently built up that their work often attracts the attention of the many guests who visit the parks.

Another staff relations program that Disney is well known for is their employee recognition programs (see the aforementioned proposal and this report). I pretty blatantly ripped off their Great Service Fanatic program and was not shy about saying so in my proposal. The program was briefly implemented after it was proposed by an outside consultant a few months later, but quickly faded due to lack of support.

In addition to this simple recognition program, I encouraged HR to push other office staff to interact with floor staff. I also spoke to executives in every department, asking them to encourage their staff to do the same. The development and education departments did particularly well, and in a short period of time the divide between the office staff of those two departments and the floor staff lessened. Unfortunately, for those departments that did not make an effort to engage with the floor staff, the divide widened.

On the most basic level, I encouraged other managers to acknowledge staff for things they did well. Just recognizing the work of your employees can go a long way. For example, when another manager returned from vacation, I mentioned that his absence was obvious. That manager later confided in me that they wish their boss would have acknowledged the work that they were doing in such a manner.

There were a fair amount of obstacles in the way of improving staff morale. The turnover rate at the museum was significant, leaving staff hesitant to accept newcomers as the common thought was that the newer staff or management would not be around very long. On top of that, support from the higher-level executives was minimal. Nevertheless, the few managers and executives invested in improving staff morale continued to work on making the museum experience pleasant for the staff and guests.

Unfortunately, the museum went through a messy reorganization that included layoffs, reassignments, and a tremendous amount of uncertainty. Almost all of the staff who had been working on staff relations were no longer with the museum, and morale suffered.

The Moral of the Story 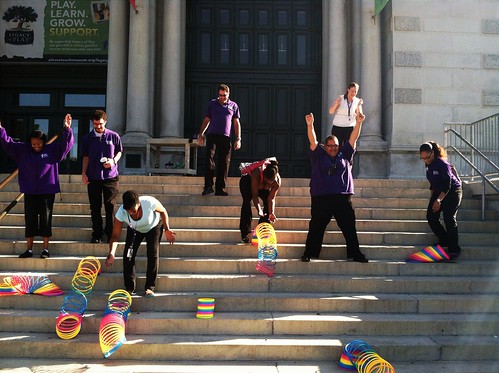 Despite the end result in this particular museum, I came out of this experience with a stronger appreciation for the value of ensuring that your staff is satisfied, valued, and respected. Improving staff relations should be a priority for all companies, be it a museum or a corporation. Now that I work for a corporation, I have seen the value of organizational culture firsthand. Wells Fargo’s corporate culture is so important to them that they have eleven museums nationwide dedicated to sharing their story.

Recognition is also key. I get calls and emails from former staff and coworkers lamenting the lack of recognition in the organization in the wake of my departure. Meanwhile, one week into my new position I was recognized on a national employee website for work that I had done on my third day with the company. Instantly, my new organization made me feel welcome and appreciated, which in turn motivated me to give them my best work.

Employee recognition, organizational culture training, and open communication will help your organization thrive. This is evident in museums around the country who have already embraced these ideals.

How does your museum recognize the work of its staff? Did you go through an organizational culture training? Could communication within the organization improve? Do you think it is important for back office staff to interact with front line staff? Share your thoughts with us in the comments below or be sending us an email at phillyemp[at]gmail[dot]com.

We encourage participation and comments that further our goals of sharing information and ideas with the EMP community. However, we will delete comments that contain hate speech, profanity, personal attacks, spam, or other content that we consider inappropriate for the EMP blog. Please note that while we will make every effort to respond to comments, specific questions may also be directed to phillyemp@gmail.com.